( What did you or I gain by being human when we cannot cross borders unlike the birds, winds or rivers who cannot be stopped....)

A legend of oral traditions holds that Lahore, known in ancient times as Lavapuri (City of Lava in Sanskrit), was founded by Prince Lava, the son of Sita and Rama, the Hindu gods. To this day, Lahore Fort has a vacant temple dedicated to Lava (also pronounced Loh, hence Loh-awar or "The Fort of Loh").

The oldest known description of Lahore was written anonymously in 982. It is called Hudud-i-Alam (The Regions of the World). In 1927, it was translated into English by Vladimir Fedorovich Minorsky and published in Lahore. In this document, Lahore is referred to as a small shehr (city) with "impressive temples, large markets and huge orchards”. 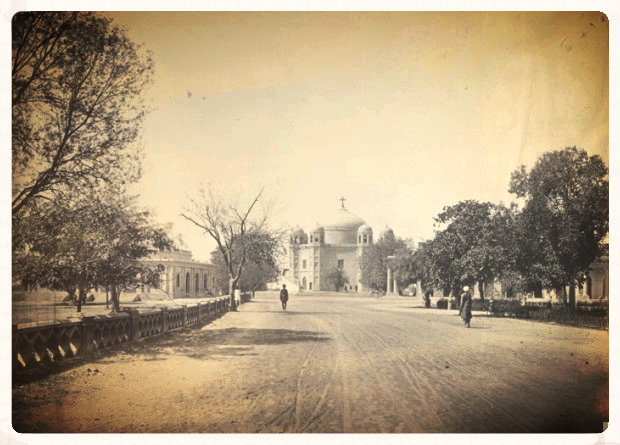 Lying on the main trade and invasion routes to South Asia, Lahore has been ruled and plundered by a number of dynasties and hordes. 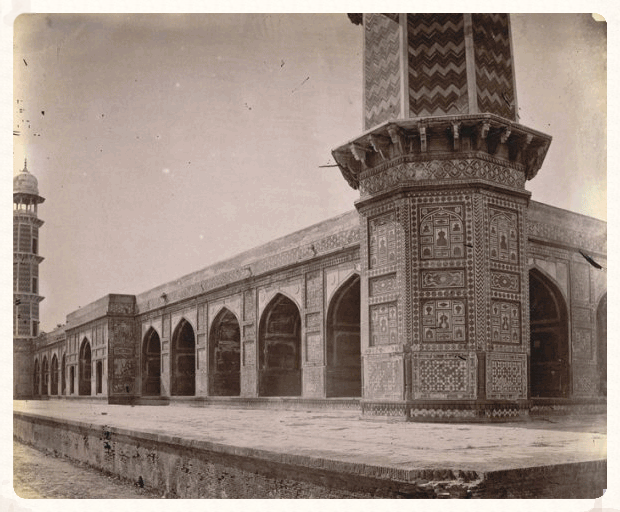 Today, Lahore is a city in modern day Pakistan known for its great love for food. It is situated in the province of Punjab in Pakistan. Lahori food is much like the cuisine of northern india but with Central Asian and Middle Eastern influences.

That Lahore is a foodie’s city is evident since it is said that there are food streets like Gawalmandi where there are no motorized vehicles found till after sunset and late at night, when people come out to feast on the delights the street has to offer. Food can be ordered from any shop while sitting at one place.What a sight it must be !

(Research source: Wikipedia and The Tribune)

I, too have a connection with Lahore.. My paternal grandfather was a doctor in the army and was posted in Lahore before partition. Both ,my father and uncle were born at King Edwards Hospital and lived in Nisbet Road for some time till partition.

My great grand father and mother (maternal), Pindi Das Sawhney and Kaushalya Sethi , lived on Mason Road in Lahore before partition. He owned a stationary shop called Punjab Stationary Mart in Anarkali Market. My maternal grandmother, Pushpa Sawhney was born and brought up in Lahore and was a graduate of the famous, Kinnaird College.She loved Lahore and would miss it immensly when she finally settled in Mumbai after her wedding. She loved non vegetarian food giving evidence of her Lahori genes...In my heart she holds a very special place .... and was loved by all!

An alley in Anarkali market , Lahore

Kinnaird College where my grandmother studied

I haven’t visited these places and do hope one day that I do …for now I will have to just savour these wonderful delights from these ancient cities. I was recommended these wonderful recipes from Bajia's Cooking , by a dear friend and was tempted to cook them for the blog.

(Since I have'nt had the privilege to visit Lahore , the pictures are sourced from the web)

On the Independance days of both India and Pakistan , I dedicate this post to those who have been fortunate enough to be a part of both countries and hope someday these borders of the mind will not rule over the borders of the heart.

The first is Lahori Fish

A handful of carrrom seeds (ajwain) mixed with rock salt

½ garlic (to be crushed)

A handful of fenugreek [leaves/seeds/powder?]

Marinating in its spices

A handful of coriander leaves

Serve hot with rice or naan.

Missing your Parents? - Tips on how to travel to India