From the Emperor's Table to Mine

“I once had a thousand desires. But in my one desire to know you, all else melted away.” Rumi

This is exactly how we felt when we met.It was just meant to be. It had to be. We feel very blessed that love was the main reason for our marriage. Every marriage has its challenges and if one goes with the flow of life, treats all the highs and lows the same way …life with the partner can be very harmonious. This is the greatest lesson I have learnt from him..and I dedicate this special post to my husband who has been with me through all my highs and lows standing like a rock with me and has given me the freedom to be (who I am) .

There is much more than physical attraction that is needed for a marriage to be successful. Over the years, apart from the love that has grown, it is the acceptance levels for each other that have helped our boat sail through rainbows!

“Important encounters are planned by the souls long before the bodies see each other.” Paulo Coelho

As soon as we tied the knot, we moved to Dubai. This was the first time I would be setting up my own kitchen and I was excited about it. I wanted to cook everyday but my culinary skills had left much to be desired.

I would toil each day from afternoon onwards trying to prepare dinner since I had to pick up my husband from work in the evening (yes, I got my driving license before he did!) Every day, I would knead dough to make flat breads (rotis) which would vary in shape , taste and colour…but he ate it dutifully not uttering a word on how awful they were.

“He’s more myself than I am. Whatever our souls are made of, his and mine are the same.” Emily Bronte

Over the years , as practice makes one perfect, I started enjoying cooking but one does get fed up of designing a daily menu so one generally starts asking the children, husbands, etc, what the meal of the day should be!

And that was the biggest mistake of my life! After a few days of asking of what should be cooked…I think my husband got a bit fed up – he said “Make Murgh Mussalam”. He did not know what this dish was, I am sure he just liked the sound of it.

Years have passed and I would get a bit miffed at his unvarying answer. So finally, I decided to explore what Murgh Mussalam was when I was in Delhi. I referred to Delhi food walks, Anubhav Sapra and he immediately said “Undoubtedly Karims at Jama Masjid!”

My sister and I were very pleased to take another walk at our favorite end of the city..Old Delhi. As we sat down at Karim's we were so disappointed to see on the menu, that they needed 24 hours notice to cook this particular dish! Trust my husband to pick something like this!!

So after a delicious meal at Karim’s(we couldnt resist)…we ordered it for home delivery (from the Nizzamuddin, New Delhi branch) and waited for dinner to arrive.

As it arrived, my sister and I quickly dished it out and served it on the table. I couldn’t wait to taste what this dish was like …And what a dish…truly fit for an Emperor! The flavourful thick gravy with the perfectly cooked chicken , stuffed with rice, almonds and egg was one of our most memorable food experiences . I just had to take up this challenge and cook it for my husband.

After much research about the origins of Murgh Mussallam, I tried out the recipe as described in Dastarkhwan e Awadh...By Sangeeta Bhatnagar and R.K. Saxena .

I kg whole chicken , can be broiler

A pinch of saffron

A pinch of edible saffron colour

A few days later, at home..when I asked him what should be cooked for dinner…and his answer was the obvious – Murgh Mussalam!… except this time it was actually served! I would cherish the look on his face forever.

There is a wonderful saying…” If it’s still in your mind , it’s worth taking the risk”…Well Murgh Mussalam..did prove exactly that!

It just leaves me wondering what will be the name of the dish my husband would blurt out the next time he is asked about what should be cooked...will it be worth enough to grace the Emperor's Table or mine?

We can further trace Murgh Mussalam's presence in the Mughal Court during the time of Akbar by its mention in the “Ain-e-Akbaris’(constitution of Akbar), the 16th century detailed document recording the administration of emperor Akbar’s empire,written by his vizier, Abu’l-Fazl Ibn Mubarak.. There it is referred to as Musamman which probably evolved to the name ‘Mussallam’. Abul Fazl details the preparation of the dish in his Akbarnama.Ibn Battuta describes it as one of the favoured dishes at the court of Sultan Muhammad Ibn Tughlaq (1325 AD), in the book Tracing The Boundaries Between Hindi And Urdu. Therefore the claim that the Murgh Mussalam is one of the thirty dishes mentioned in the Akbarnama written by the famous Navratan (one of the nine gems in Akbar’s court) Abul Fazl is correct. The book says that 'they take out all the bones out of the fowl through the neck, the fowl remaining whole.'

During the 14th century which is roughly the same time Murgh Mussalam became famous, in Europe fowl roast was prepared. The two recipes have a stark resemblance especially with the use of cinnamon. So it is believed in some circles that the traditional Mughlai dishes may have resulted due to cultural mixing that happened during invasions. So Europe’s roast fowl recipe inspired Mughal cooks to experiment with local spices such as cardamom and cinnamon to give the exotic dish that we know by the name Murgh Mussalam. 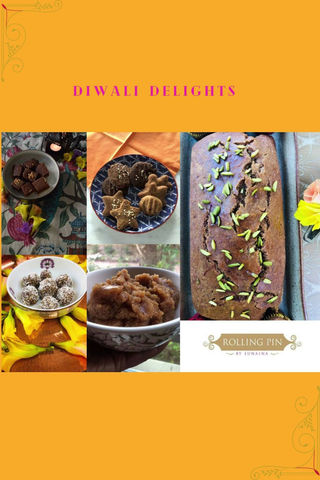